Expand your food and drink manufacturing business into the UK

The UK’s food and drink market is growing, and the industry is renowned for its innovative approach to food development, high-tech manufacturing and high-quality raw materials.

Expand your food and drink manufacturing business into the UK

The UK’s food and drink market is growing, and the industry is renowned for its innovative approach to food development, high-tech manufacturing and high-quality raw materials.

Food and drink is the UK’s largest manufacturing sector and contributed £110bn or 6.6% to national gross value added in 2015.

Europe’s 743 million consumers are within easy reach of the UK, thanks to its geographic location, strong supply and distribution infrastructure.

If you’re looking to expand – bring your food and drink business to the UK for:

The government has 50 billion GBP available to support finance and insurance for supplies from within the UK to buyers outside the UK. Find out more about the guarantees, insurance and loans issued from the export credit agency, UK Export Finance.

Contact our investment services team, for more information about why the UK is the best place for your business.

Find out more about:

The UK food and drink market

While UK consumers are price-conscious, market research shows a willingness to pay more for premium products.

Demand for innovation is strong, with the UK’s 5 largest retailers featuring around 8,500 new products each year, according to market research by Mintel.

The highest growth areas for UK food and drink are:

Food and drink research and development in the UK

The UK pioneered frozen food, ready-meals and instant coffee and continues to transform the way people eat and drink. For example, the UK is at the forefront of “functional food” development, creating products with added healthy ingredients. The UK’s functional food market was worth around 1.2 billion GBP in 2014 and has grown annually by 13%, from 335 million GBP in 2000.

Food, drink and tobacco research and development spending was 430 million GBP in the UK in 2015.

The UK is a globally recognised centre for R&D in food and drink with an emphasis on new product development, greater convenience and healthier products. Mondolez International, PepsiCo, Mars and Unilever all have food and drink R&D operations in the UK.

Some of the world’s best research facilities host collaborations between universities and food and drink companies. Swiss company, Nestlé, has a product technology centre in York, which is developing new technologies and products for UK consumers and for Nestlé’s businesses around the world.

Companies investing in food and drink research in the UK may qualify for lower rates of corporation tax, under the government’s R&D tax relief scheme.

If you are thinking about investing in the UK, contact our investment services team about insights, connections and incentives.

The UK packaging industry is a large and developed sector with annual sales of £10.9 billion. Of this, £7.1 billion is used for food and drink. The majority of UK production is sold in the UK and a majority of UK sales are made in the UK.

There are 85,000 jobs in the packaging sector, representing 3% of UK manufacturing employment.

Food-service and catering sector in the UK

The UK’s catering industry is worth an estimated 88 billion GBP – around 43% of total consumer spending on food and drink.

There were 453,000 registered restaurant and catering establishments in the UK in 2014 and the UK eating-out market was worth 33.5 billion GBP in 2014, according to Mintel.

Food sales are the fastest growing category in the pub market. Meals sold in pubs grew in value by 14% from 2012 to 2016 and sales of alcoholic drinks grew by 6% over the same period.

Mintel estimated the UK contract catering sector to be worth 3.8 billion GBP in 2014 and is forecast to grow to be almost 4.2 billion GBP by 2020.

There are opportunities in the poultry supply chain as the UK is currently a net importer of both chicken and eggs.

Consumer spending on chicken is around 2.5 billion GBP.

The largest sector of imports, by both volume and value remains fresh/frozen whole chickens with a 50% value share and 53% by volume.

The UK egg market was valued at 965 million GBP in 2016-7 and has grown for the preceding 7 years. More than half of eggs sold were “free range”.

The UK is the third largest dairy producing country in the EU and the tenth largest producer in the world.

Dairy farming accounts for 17% of UK agricultural production and is the largest agricultural sector in the UK.

Export volumes are highest for milk and cream, accounting for around 73% of the exported dairy volume for within the EU and 66% outside of the EU.

Müller, a German dairy company, opened a 17 million GBP butter-making factory in Market Drayton in 2013. The dairy facility is the biggest of its kind in the UK, processing around 90,000 tonnes of cream about 45,000 tonnes of butter a year.
Pork and pork products

The UK has a low self-sufficiency index for pork and pork products, indicating both consumer demand and opportunity.

The UK imports almost 4 times as much pork and processed pork products as it exports, and will produce only 55.8% of the meat it needs to satisfy consumption.

Our support for your investment in food and drink manufacturing

We can support your food and drink business in the UK by offering:

If you’re an entrepreneur looking to bring your food tech business to the UK, get in touch with our global entrepreneurs team to be linked with UK dealmakers. 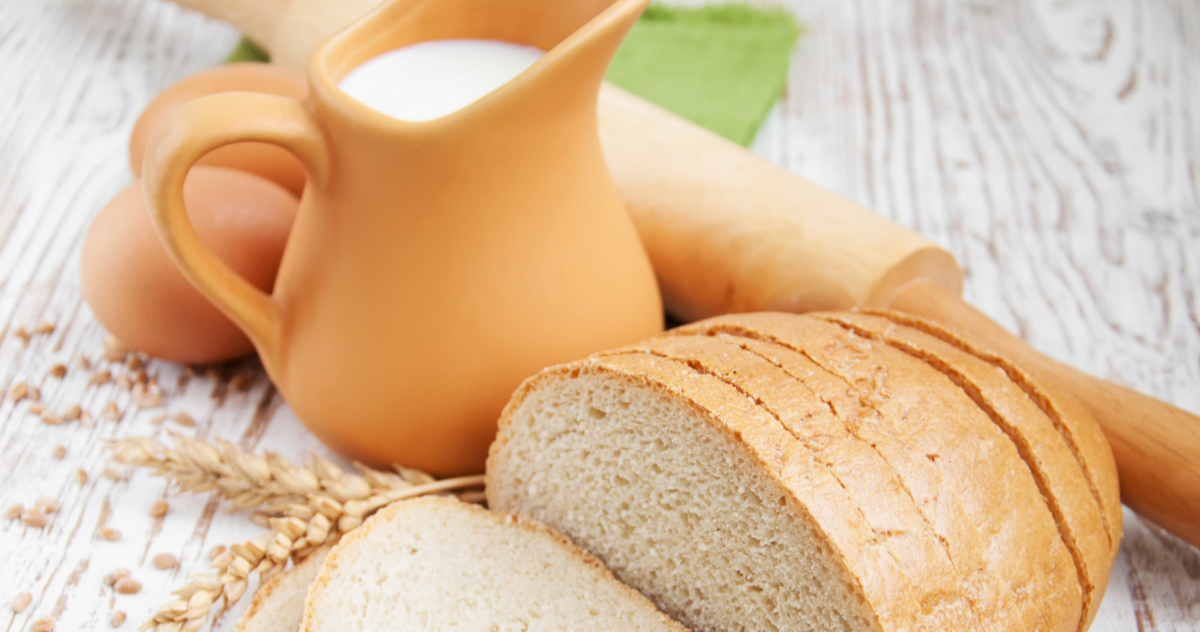